COLLECTIBLES (AND OTHER TREASURES) IN THE CLOSET 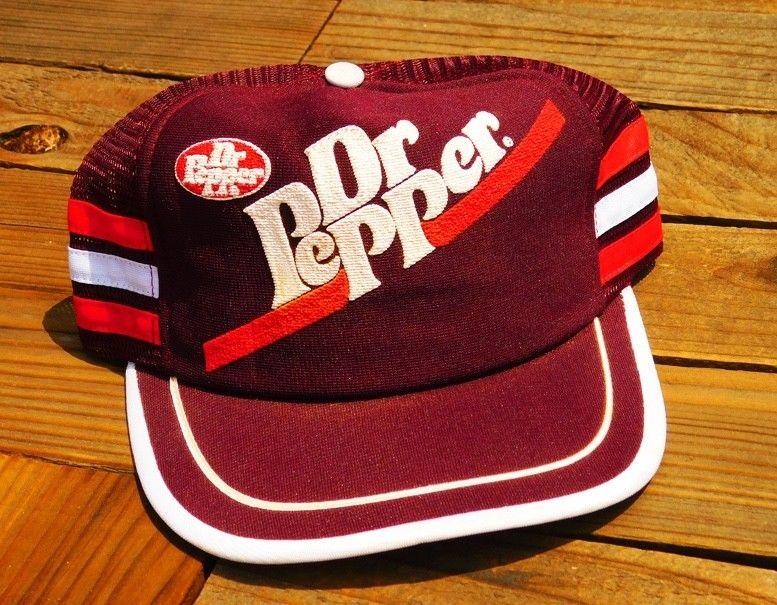 If you are like me, you spend a lot of time staring at your closet looking for what to wear.  Instead of staring for daily dress, it might be time to look for treasure.

In my work as an appraiser of memorabilia, I have found that valuable collectibles can be overlooked because their owners see the items every day and don’t see that the items have value.  But when you look at some items with fresh eyes you may find riches.

Many of the categories of items discussed below deserve articles all their own.  Based on your responses, I just may write them.  In broad strokes, here are a few items you may find in your closet or while out treasure hunting.

Bill Graham is credited as starting the first concert T-shirt manufacturing company in 1968, when he co-founded Winterland Productions.  A market of vintage rock and roll t-shirts has sprung up in the last decade.  1970s punk t-shirts can sell for hundreds, or thousands of dollars.  Gen Xer’s musical heyday in the 1980s and 1990s supplied T-shirts, and a uniform, for music lovers.  Live music was cheap and abundant.  The merch tables were piled high with T-shirts for the tour.   Look for Nirvana, The Clash, Black Flag, The Sex Pistols or on the other side of the radio dial, Michael Jackson, Bon Jovi (whose New Jersey T-shirt sold in 2017 for a whopping $10,000), Iron Maiden, Grateful Dead, and Metallica –  just to name a few. 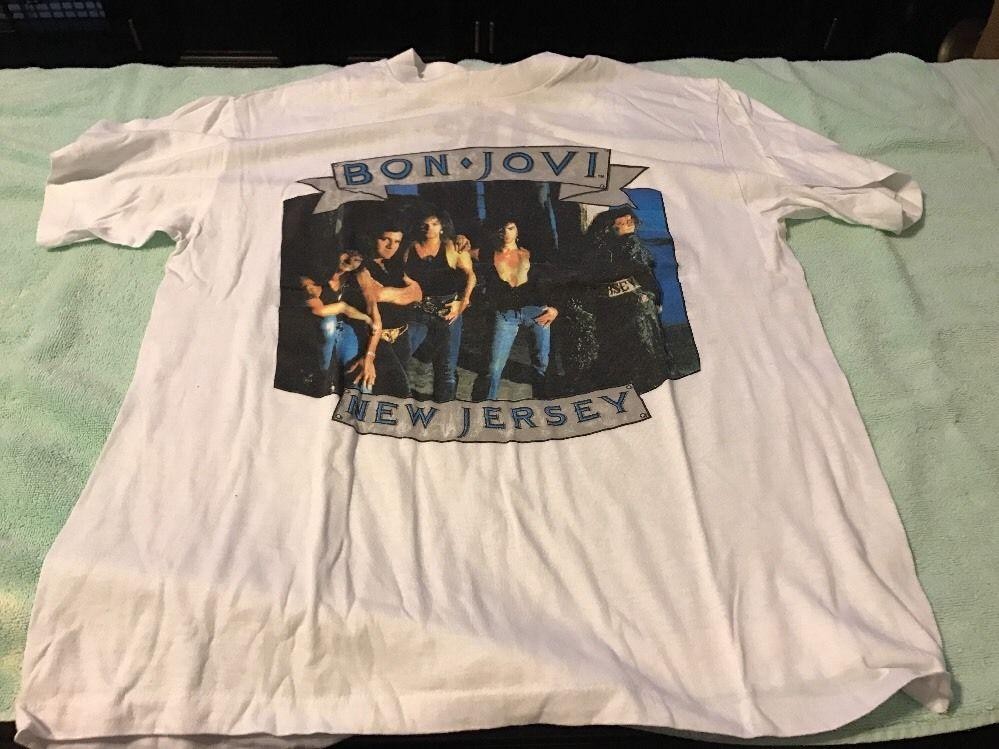 What better to wear with your band t-shirt than a pair of jeans?  Levi Strauss & Co. was founded in 1853, but it wasn’t until the 1950s that jeans became a one-size-fits any subculture article of clothing.  Recently, vintage denim has brought surprising auction results.  In particular, Levi’s 501s are a favorite of collectors.  These have undergone many changes over the years, so you will need to educate yourself on what to look for including hidden rivets, the signature red tab, pocket shape and stitching type.  If you find the right pair it could fetch up to five figures at auction.  Some modest results are in the $2,000-3,000 range. 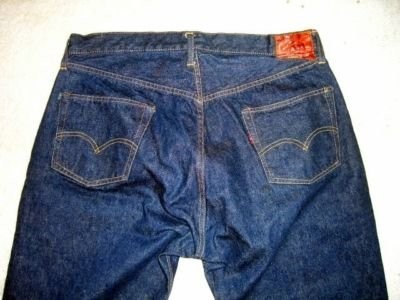 SCARVES – FOR WEARING OR FOR PROMOTION

Scarves were once a staple of a woman’s well-appointed closet.  Vera Neumann was an artist who found acclaim making brightly colored scarves popular with celebrities like Marilyn Monroe and Grace Kelly.  The scarves are easily identified by the name “Vera” printed on the scarf, often beside an image of a ladybug.  Her paintings and scarves have been exhibited around the world.  Commonly found scarves of Neumann’s sell for between $10-$150. 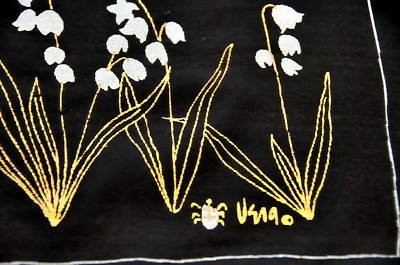 Vera scarves are easily identified by the signature Vera, often beside an image of a ladybug.  This Vera sold for $125 in 2010. 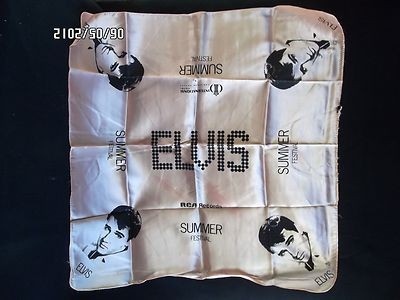 This promotional scarf from an Elvis summer festival sold for $355 in 2012.

Be on the lookout for sport and political promotional scarves.  My hometown Twins Baseball team won two World Series with the help of fans waving “Homer Hanky’s.”  If you find a Minnesotan willing to part with theirs, it might fetch up to $100.  Historical political scarves can sell for thousands at auction if they are in good condition.  Many of these date to the mid-late 1800s, but a 1952 JFK senatorial campaign scarf sold for $3,250 at Heritage Auctions in 2015.

My grandfather was in the navy during World War II.  He married my grandmother wearing his “Crackerjack” uniform.  At auction, the most popular WWII military uniforms are bomber jackets and paratrooper uniforms.  Painted bomber jackets are particularly coveted by collectors. Grandpa’s Crackerjack uniform might have fetched a couple of hundred dollars today. 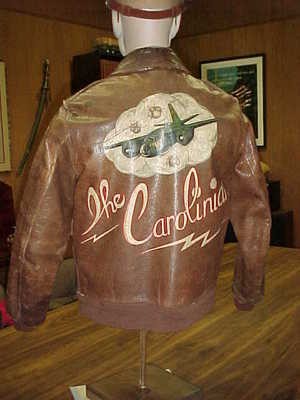 WWII bomber jackets are very popular at auctions. This one sold for over $3700 in 2013.

Vintage wool letterman’s jackets with leather sleeves and letterman sweaters are a perennial style-maker.  While they are less à la mode at the moment than they were several years ago, I suspect another revival where the jackets could again sell in the several  hundred dollar range.  Other jackets to look for: vintage motorcycle jackets, vintage featherdown ski vests, Pendleton patterned coats and sweater jackets. 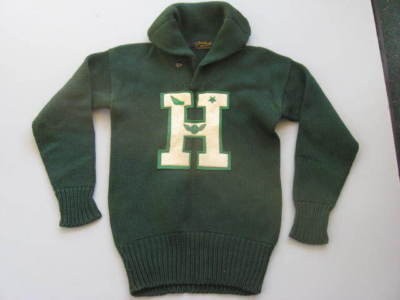 Letterman sweaters are a perennial style-maker. This one sold for $561 in 2010.

Flour sack dresses from the 1930s are prized today because everyday clothes from this era were rarely saved, while fancy dresses might be.  The depression also led people to reuse clothing as much as possible until the fabric was converted to rags or stuffing.  If you find a flour sack dress, you might consider donating it to your local historical society.

Flour sack dresses are hard to find because most weren’t saved. This floursack dress sold for $31 in 2018.

Other dresses, such as, 1950s vintage party dresses, beaded flapper dresses, vintage wedding dresses, among others, may appeal to buyer’s depending on the style, color and the time of year.  Young prom goers with an eye to vintage style may be the next wearer of your vintage gown.

Other accessories to look for are hats – like this vintage Dr. Pepper hat at the top of the article that sold for an astounding $999 in May of this year.  And with all things beer, a vintage Pabst, Hamm’s Budweiser or Miller “trucker hat” or stocking cap could put a few bucks in your pocket.

With their pearl snaps and unique embroidery vintage Western wear shirts make a statement.  Whether the wearer is out on the range or on the rockabilly dance floor, there is a market for the versatile dress it up or down shirt.  Nathan Turk and Nudie Cohn both designed Western wear for Hollywood and Country Music stars.  Look for drop and curved arrow details and gaberdine along sharkskin fabric.   Nathan Turk may be easier to find, but if you uncover a Nudie Suit, you could easily sell it for few thousand dollars. 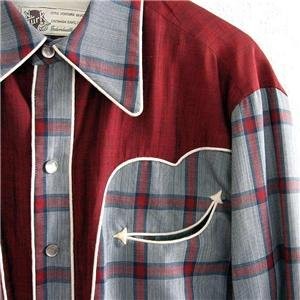 Of course, the names we all hunt for when digging through wardrobes are Chanel, Hermes, Schiaparelli, or Pucci.  Those needles in the haystacks would be amazing finds in anyone’s closet, but take a second look at the mundane items in those closets, and new treasure may be discovered.

Megan Mahn Miller is an auctioneer and appraiser specializing in Rock ‘n Roll and Hollywood memorabilia, and other hard-to-value items.  Her company, Mahn Miller Collective, Inc. can assist you with solving your personal property problems. Visit www.mahnmiller.com for more information.

Source: WorthPoint
COLLECTIBLES (AND OTHER TREASURES) IN THE CLOSET